Let’s do some backtracking. In January and February 2013 I was in Asia fulfilling a long-held dream; to see Thailand, and the temples of Cambodia. I decided (because I’m a bit of a wimp) to join a group trip rather than DIYing it and after a bit of homework I went for a company called Intrepid.

They offered numerous trips but the one I went for was the Great Indochina Loop travelling through Thailand, Laos, Vietnam and Cambodia.

You will note that there’s a couple of countries there that weren’t on my original wishlist. I knew very little about Vietnam except that they’d been in a war with America which had featured in ‘Forrest Gump’, good knowledge no?! About Laos I knew even less, in fact I’d barely even heard of it. I just thought since I was travelling all that way I might as well try and see as much as I could while I was there.

And unbelievably (well actually probably quite believably) I enjoyed most of all the place I knew least about. Laos just blew my mind. It’s such a tiny poor little country but it’s so beautiful. We spent 2 days on a boat sailing down the Mekong river, between mountains and herds of water buffalo, passing villages where the children waved to us as we went by, watching the sun sparkling off the flecks of fool’s gold in the water and turning stunning colours as it set. 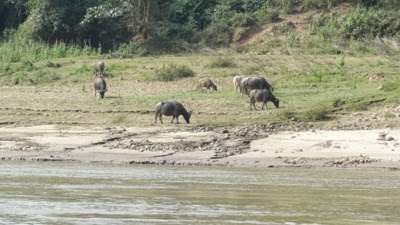 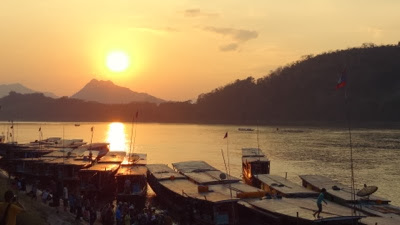 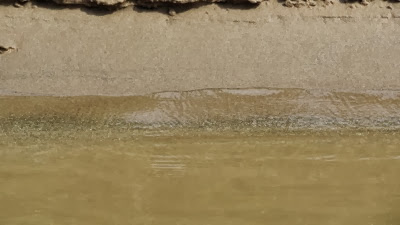 At the end of those 2 days we arrived into Luang Prabang. It’s a World Heritage city and if any city can make you understand why it should be a World Heritage city then Luang Prabang is it. The most impressive temple is Wat Xieng Thong which is covered in bright and incredibly detailed animal mosaics, but the museum, the palace and several of the other temples are equally impressive. I climbed to the top of Mount Phousi and watched people setting caged songbirds free to bring them good karma (them, not the birds, I think the birds’ bad karma was ending up in the cages in the first place). 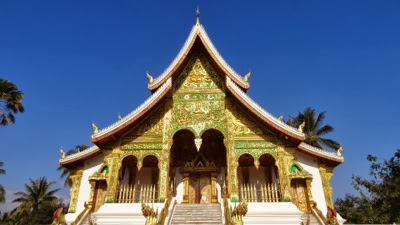 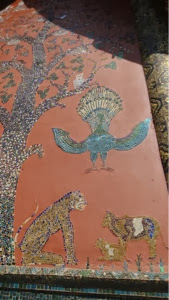 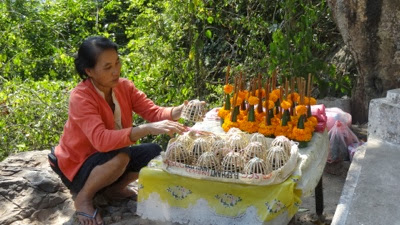 Cambodia has such a tragic history that at first you get absorbed in it and fail to notice it’s beauty. I spent a long time staring at the photos of the child soldiers in Tuol Sleng, the Khmer Rouge genocide prison in Phnom Penh. How could anyone be so evil as to train children to kill?? Then we went to Choeung Ek the killing fields and it was even worse. There was a tree which they killed babies against by smashing their skulls against the trunk. Think about that for a second. 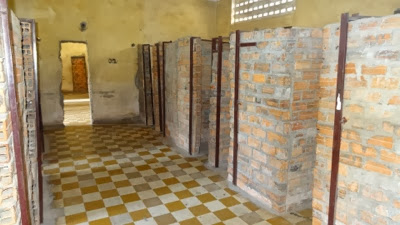 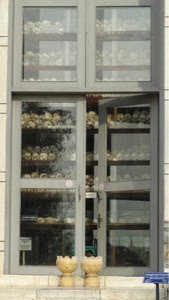 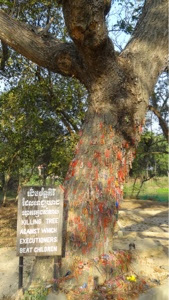 I also read Loung Ung’s ‘First They Killed My Father’ while we travelled through the area and her writing about being a young child when her entire life changed nearly broke my heart, not to mention how fast she had to grow up. Read it, if you haven’t. Just read it.

I had just about consigned Cambodia to the list of ‘places with a tragic history but little to appeal today’ on my list (like the Berlin Wall, for example- now I’m sure the rest of Berlin is lovely but the bit where you go to visit the museum and see the old bit of the wall they’ve preserved definitely is not- well it wasn’t when I briefly went to Berlin in 2007 anyway). And then we got to Sambor Prei Kuk. 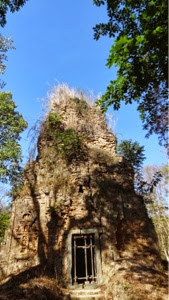 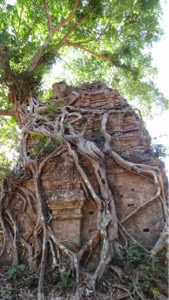 A spectacular complex of temples which have been almost swallowed up into the jungle. The perfect fusion of history and nature.

And then we got to Angkor Wat. And I lost all my words. 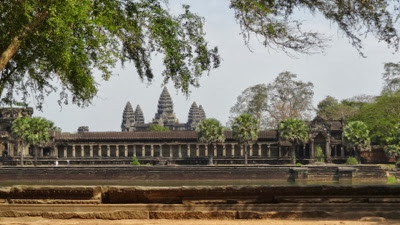 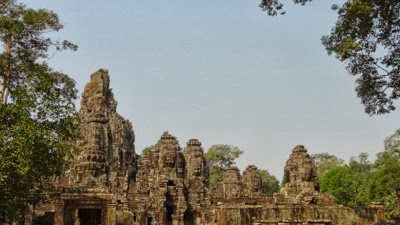 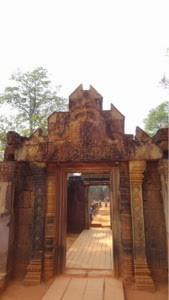 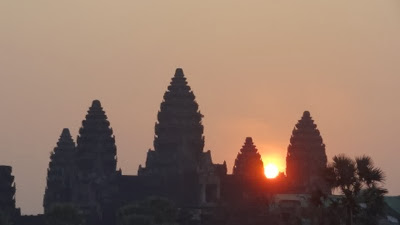 And this is why I travel. It’s to remind me that whatever my preconceived notions, they’re probably wrong. Whatever I thought my limits were, I can push them. And never, ever forget how much things can surprise you.